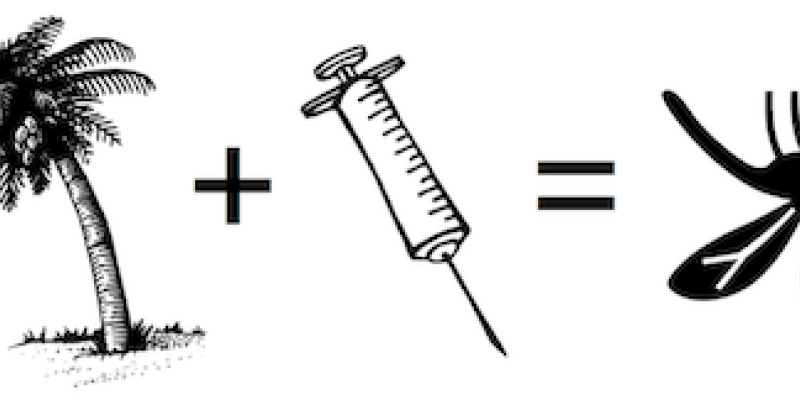 What Are Spiraling Whiteflies?

Whiteflies, like aphids, cicadas, and leafhoppers, belong to the order Hemiptera (heh-MIP-ter-uh). Hemipterans have special mouths that allow them to pierce the skins of plants and feed on the juices inside. There are over 75 species of whitefly in Florida, but our focus will be on the newest immigrant: the Rugose Spiraling Whitefly (Aleurodicus rugioperculatus), or just spiraling whitefly for short.

With the naked eye, it’s difficult to distinguish the one-tenth-of-an-inch-long Rugose Spiraling Whitefly from other whiteflies, but if you had a magnifying glass, you might be able to see light brown stripes on its wings or a pincher tail on the males. Without magnification, you’d see a small, moth-like creature with white wings.

This species was not found in Florida until March 2009 when it first traveled to Miami-Dade county by way of Central America. In the fall of 2011, most of the population was centered in Miami-Dade; however, it has recently spread to other parts of South Florida and continues to migrate north.

Are your trees or plants looking unhealthy? Do you see wilted leaves, stunted growth, dropping fronds, or yellowing? These are a few of the warning signs that may point to a spiraling whitefly infestation. When spiraling whiteflies feed off the underside of your plants, their needle-like mouths steal the nutrients needed to maintain healthy foliage, so unhealthy leaves may be the first sign you notice.

Have you discovered a waxy, white film covering your plants’ leaves? Do you see circles or spirals of white? These can be the calling cards of the spiraling whitefly!

Rugose Spiraling Whiteflies produce a waxy excretion during an immature stage of their lifecycle. Females also coat their eggs in wax when laying them on a leaf. If you see concentric white spirals on your leaves, you may be looking at a spiraling whitefly nursery.

Is there a black, moldy substance coating your plants? Spiraling whiteflies secrete a sugary liquid called “honeydew.” Honeydew is neither black nor harmful to plants, but it does promote the growth of black, sooty mold. When covered in mold, plants lose the ability to photosynthesize light into food. This can lead to dead or yellowing leaves, wilting, and slow growth. These secretions can also gum up pools and stain pool decks, walkways, and roofs.

Keep in mind that other insects can cause similar problems for your plants, so if you’re not sure spiraling whiteflies are to blame, you should ask a professional to take a look.

Contact Insecticide
A contact insecticide works by making direct contact with the unwanted bug. Often, the quality of the application will determine how effective the treatment is. Insecticidal soap and horticultural oil are both examples of contact insecticides. These products need to be sprayed directly on the insects to be effective. Whiteflies that do not make contact with the spray will survive and potentially reproduce. In addition, contact products can also kill beneficial insects. Contact insecticides have not been successful in controlling Rugose Spiraling Whitefly.

Systemic Insecticide
A systemic insecticide works by moving into the “system,” or the veins, of the treated plants and trees. When spiraling whiteflies feed on the nutrients, they also ingest the insecticide. Tree injections have proven to be successful in controlling the Rugose Spiraling Whitefly.

How Long Will It Take to Get Rid of Spiraling Whiteflies?

Assuming your plants are receiving properly-applied systemic insecticide, it can depend on the size of the plant, the extent of the infestation, and the time of year. We notice quicker turnaround times for smaller plants. For example, an average small palm or shrub can be on the road to recovery two weeks after the first treatment. A large palm tree, however, could take much longer. Some may remain infested a month after treatment if the original spiraling whiteflies were well established.

What Our Customers Are Saying

Adam’s Pest Control has been nothing short of professional. The best-trained employees who always care about the customer. Thank you all for the years of outstanding service and great customer relations.

Get your free estimate!